Saved by the Bell t-shirt Gallery

The NBC Saved by the Bell TV show originated from the 1987 TV series Good Morning, Miss Bliss, which aired on the Disney Channel for one season. As a result of its success, NBC picked up the series and reworked it into the Saved by the Bell TV show, keeping several of the main characters. Below, we celebrate the popular teen TV show and its characters, with a gallery of Saved by the Bell t-shirts that includes the bestselling Bayside Tigers t-shirt worn by Kelly, Lisa, and Jessie during gym class. Other tees include the I Love Zack Morris t-shirt and the funny Turn Up the AC Saved by the Bell t-shirt. The TV series aired from 1989 to 1993 and was followed by two spin-off series, The College Years and The New Class. Explore the clothing to find Saved by the Bell hats, mugs and mousepads.
To buy a T-Shirt, click the image or link for store and size information. 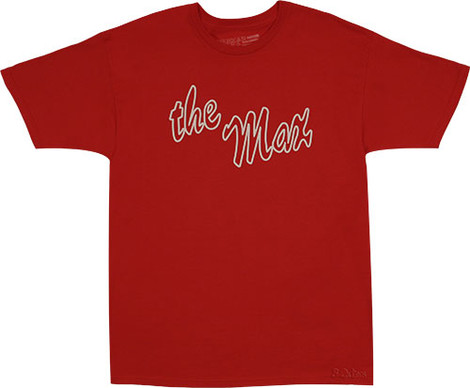 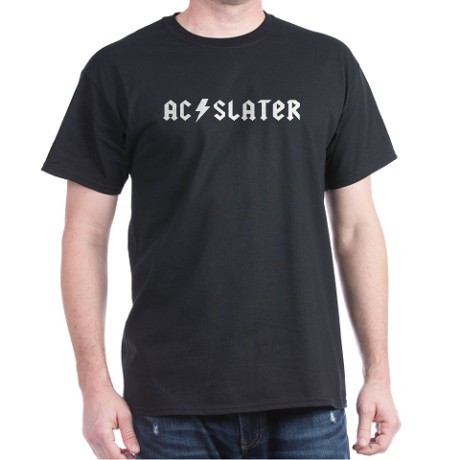 BUY
AC Slater Rocks t-shirt
Description: This rockin' tee is a fitting tribute to Albert Clifford "A.C." Slater (Mario Lopez). As Bayside High's resident jock, A.C. has an intense and energy-driven attitude. This AC Slater Saved by the Bell t-shirt harnesses Slater's power by blending his name into an AC DC style rock logo. The "DC" has been dropped and replaced with the last name "Slater." Look for similar AC Slater Saved by the Bell hats. Link to: AC Slater Rocks 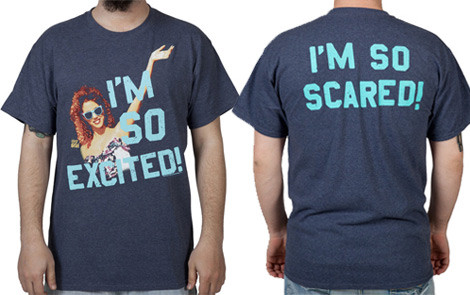 BUY
I'm So Excited... I'm So Scared!
Description: Admirers of Jessie on the Saved by the Bell TV show should be well aware of the effects of caffeine pills. During season two of the TV series, Jessie Spano (Elizabeth Berkley) becomes addicted to caffeine pills after using them to help her study. Zack Morris confronts Jessie when he picks her up to take her to The Max restaurant. She reveals her secret as she frantically begins to sing the song she, Lisa, and Kelly are supposed to perform. "I'm so excited. I'm so excited. I'm so scared." Celebrate Jessie Spano's most memorable TV moment with this funny design. Just don't get too excited. Link to: I'm So Excited... I'm So Scared! 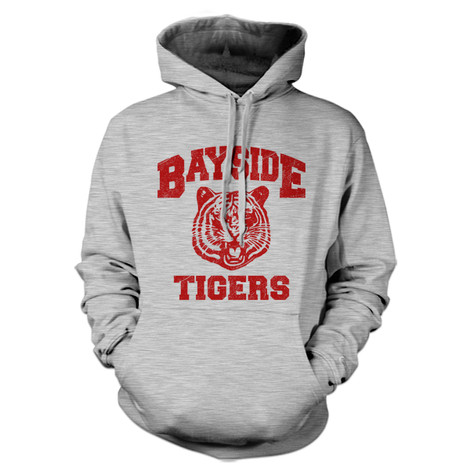 BUY
Bayside Tigers Hoodie
Description: Celebrate the legendary TV series with this great Saved by the Bell hoodie sweatshirt that's perfect for chilly summer nights. The show does not take place in the real Bayside, California in Humboldt County. Instead, the show is actually set in Pacific Palisades, California, with the characters attending the fictional Bayside High School. These Saved by the Bell t-shirts celebrate the establishment presided over by Mr. Belding. The design is available on a variety of Saved by the Bell apparel items. Link to: Bayside Tigers Hoodie 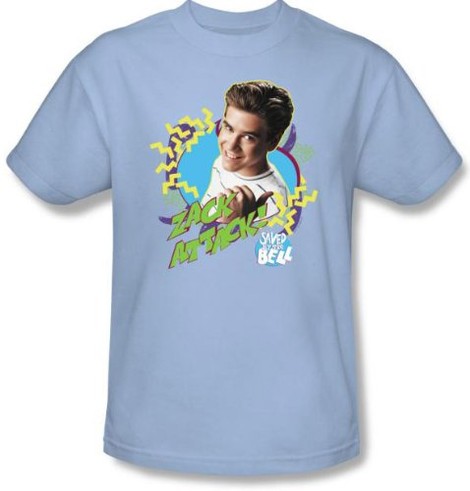 BUY
Zack Attack tee
Description: This Preppy Zack Morris t-shirt is hard to resist, just like Zack Morris (Mark-Paul Gosselaar) himself. The design displays an image of Zack with his band's name "Zack Attack!" printed below his image in green font. Now everybody will know that your red face and sweaty palms are probably the sign of an oncoming Zack attack. Syndication has allowed teenage girls to fall in love with Zachary "Zack" Morris still today, even in his colorful 90s' Zack Saved by the Bell apparel. Link to: Zack Attack 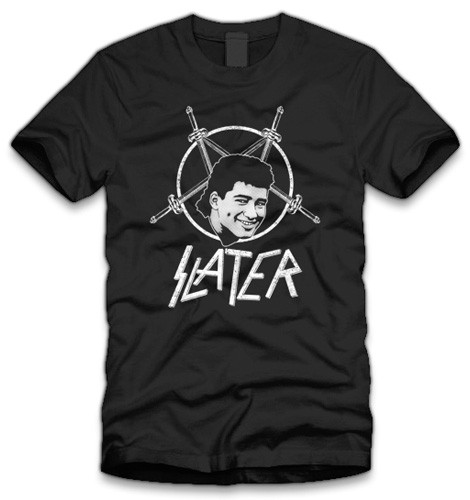 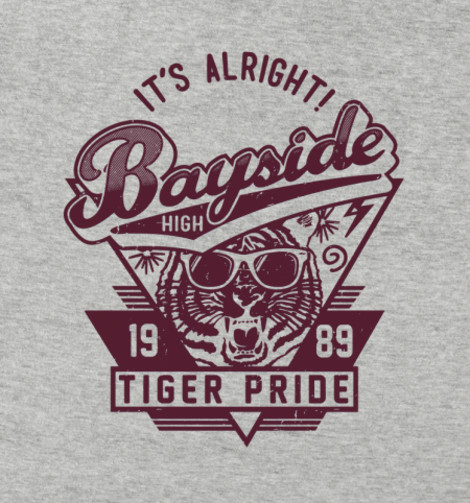 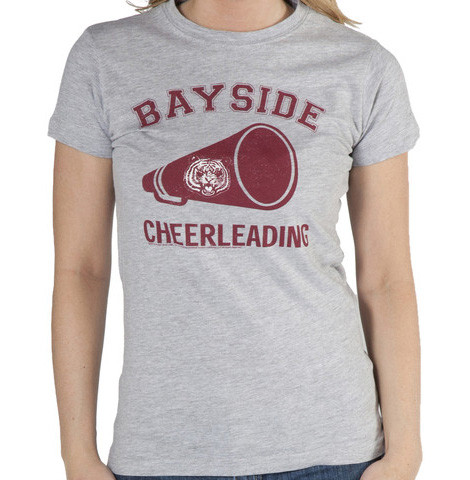 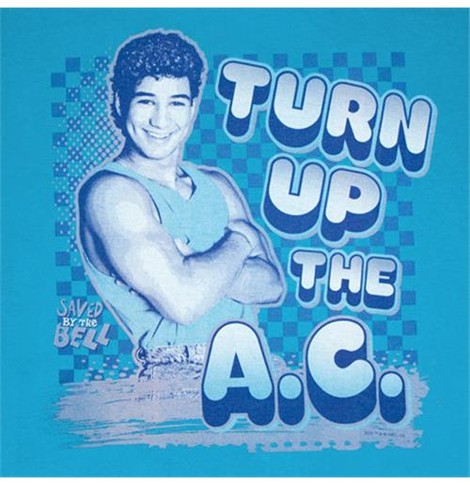 BUY
Saved by the Bell Turn Up the A.C.
Description: This Turn Up the A.C. shirt lets your friends know that you can't get enough of Albert Clifford Slater. The front of the tee displays an image of AC Slater (Mario Lopez) wearing a tank top. His weight-trained biceps are also visible in the design on the tee. Surrounding him is the TV show logo and the phrase, "Turn up the A.C." How could anyone hate A.C. Slater? He's Bayside High School's star athlete, standing out both as a wrestler and the quarterback of the football team. Link to: Saved by the Bell Turn Up the A.C. 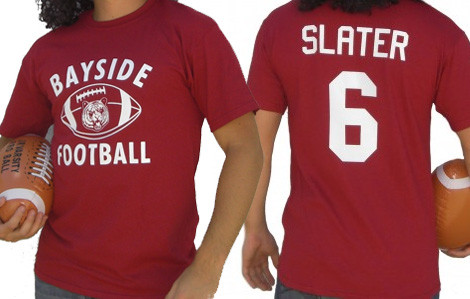 BUY
Saved by the Bell Slater Football Jersey t-shirt
Description: This Saved by the Bell t-shirt is a tribute to the star of the Bayside High football team, A.C. Slater. Celebrate the jock superstar with this player jersey that will work great for an A.C. Slater costume. The front of this tee features a Bayside Football logo while the back displays the name and number of the school's best player. Whether you dreamed of being a football player or a track star at the Bayside Invitational, this jersey costume is a fun way to show that you're a jock too. Link to: Saved by the Bell Slater Football Jersey 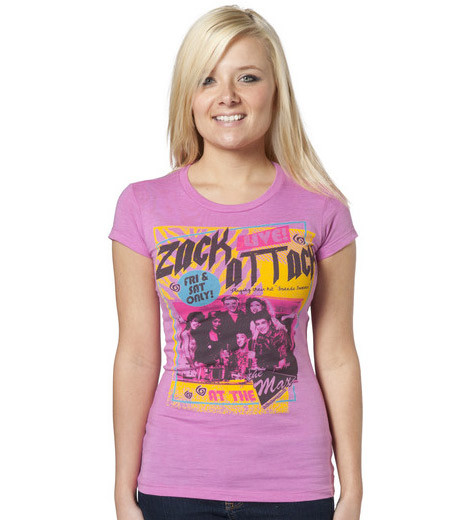