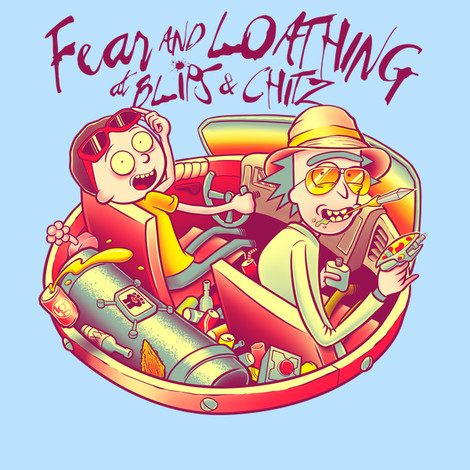 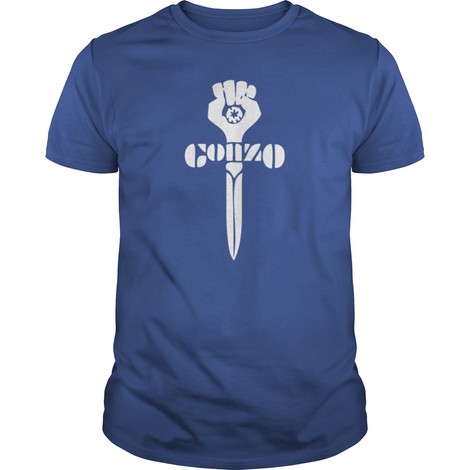 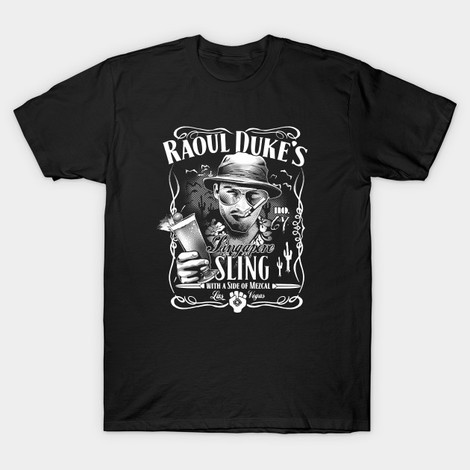 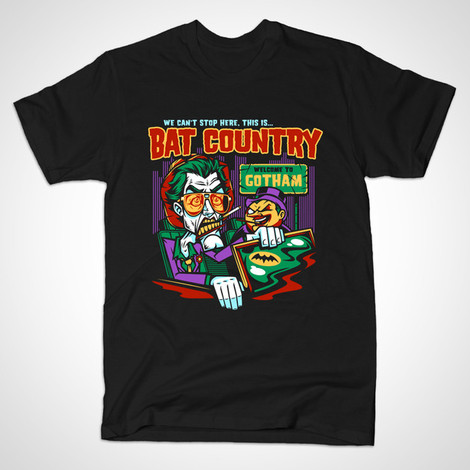 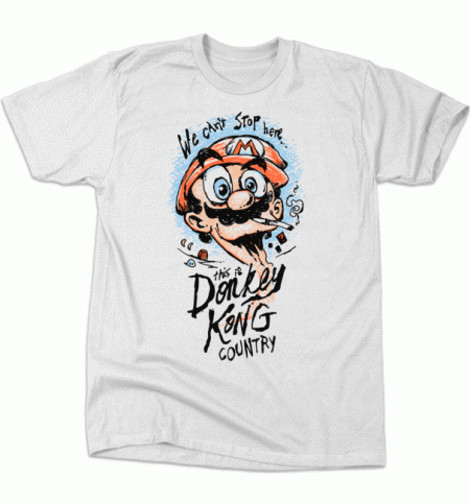 BUY
Donkey Kong Country tee
Description: The front of this Hunter S. Thompson t-shirt displays a mash up of everyone's favorite video game character, Mario, in Donkey Kong Country. Sunglasses shade his eyes. It's easy to imagine him saying a quote like, "Buy the flower, enjoy the power," or something to that effect. Hold up your HST Gonzo fist proudly in the air as you reach for bouncing stars, falling mushrooms, gold coins and Yoshi eggs. This design is available on both men's and women's tees in a variety of styles, including v-neck Ts, sweatshirts, and long sleeves. Link to: Donkey Kong Country 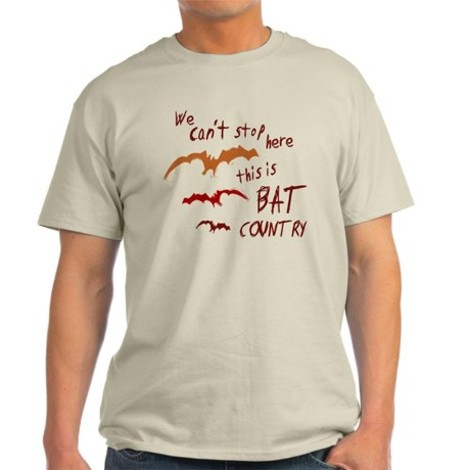 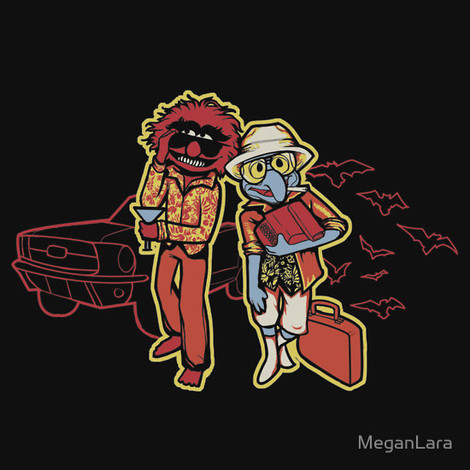 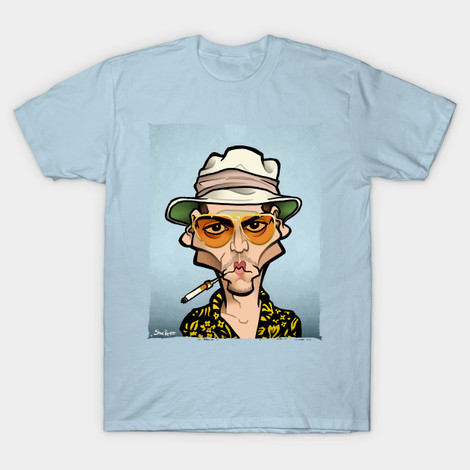 BUY
Raoul Duke T-Shirt
Description: This cool Hunter S. Thompson t-shirt features a caricature of Raoul Duke. Dress in it to repeat the Johnny Depp quote, "Let's get down to brass tacks. How much for the ape?" Wear this tee as you practice Gonzo journalism, where the author participates in, and at times even instigates, the experiences of his subject. A similar symbol to the one on the Gonzo Fear and Loathing t-shirts displayed earlier was used by Thompson on fliers for his bid to be sheriff of Aspen. Link to: Raoul Duke 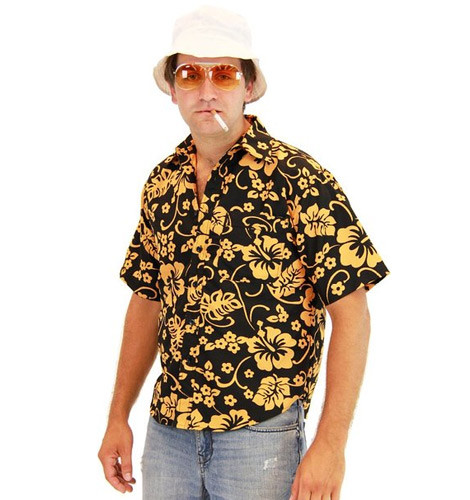 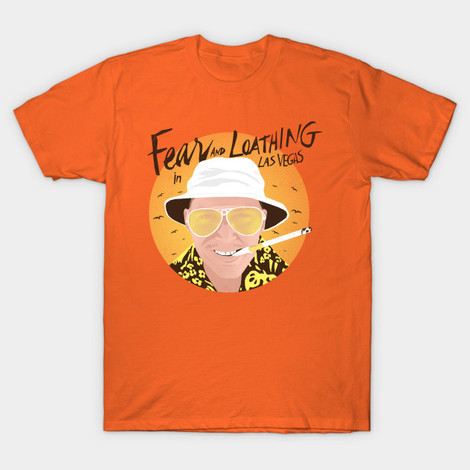 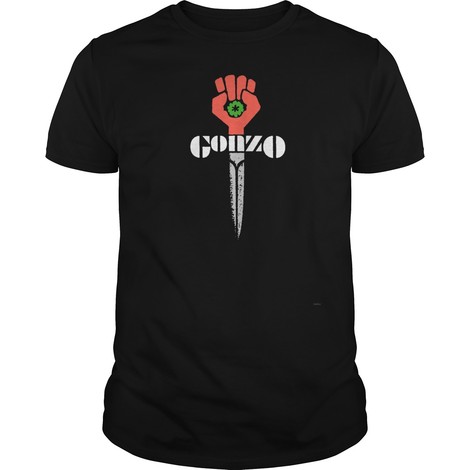