Based on Cecily von Ziegesar's series of novels, the CW Gossip Girl TV show examines the unfolding drama amongst a group of primarily wealthy Upper East Side teenagers, including Serena van der Woodsen (Blake Lively) and her former best friend Blair Waldorf. The Gossip Girl TV series is narrated by actress Kristen Bell, who lends her voice to the "Gossip Girl," an omniscient character who maintains a blog about the social lives of her fellow Upper East Siders. Here, we unveil a selection of Gossip Girl t-shirts and clothing, including the Gossip Girl XOXO t-shirt, Constance Billard School shirts and Blair Waldorf Queen Bee tees.
To buy a T-Shirt, click the image or link for store and size information. 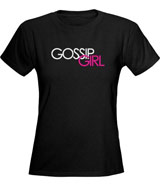 Own this officially licensed CW Gossip Girl t-shirt that displays a white and pink logo for the CW TV Show on the chest. This women's baby doll style tee lets everyone know you attend the Constance Billard School for Girls, established in 1942. Browse for apparel with the school emblem. Constance Billard is a fictitious girls school, whose students include socialites Serena van der Woodsen (Blake Lively) and Blair Waldorf, the Queen Bee. Link to: Gossip Girl Logo 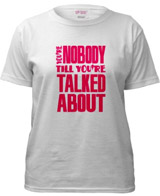 You're Nobody Till You're Talked About

The front of this Gossip Girl tee displays pink text that reads, "You're nobody till you're talked about." This Gossip Girl tagline is a central theme of the teen show. For the perfect gift, pair it with the Gossip Girl logo tee displayed in this gallery. This bestselling piece of Gossip Girl clothing might just leave your friends wondering if you're the Gossip Girl. Simply remind them that you're not the type of person who likes to spread rumors and obsess over juicy, tantalizing gossip...right? Link to: You're Nobody Till You're Talked About 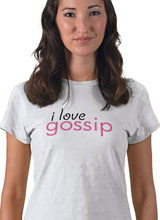 This I Love Gossip design is the perfect tribute to the girls who attend the Constance Billard School. The design displays the words, "I Love" followed by part of the television series' title in the Gossip Girl logo style font. Wear it on a warm day on the Upper East Side or under a Gossip Girl costume polo, great for costume parties. Cecily von Ziegesar, who penned the teenage Gossip Girl books on which the TV show is based, modeled the fictional Constance Billard School after her own alma mater, the Nightingale Bamford School, an all-female university-preparatory school on Manhattan's Upper East Side. Link to: I Love Gossip 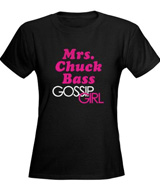 One good scandal deserves another. This is true whether you attend Constance Billard School for Girls or St. Jude's School for Boys, the fictitious all-boys school from the Gossip Girl TV show where you'll find characters like Nate Archibald (Chace Crawford), Chuck Bass (Ed Westwick), and Dan Humphrey (Penn Badgley). These Gossip Girl t-shirts let everyone know which guy is your favorite. This article of clothing is available in a variety of apparel sizes. Link to: Mrs. Chuck Bass 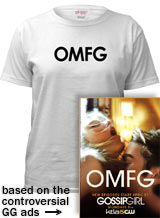 The CW launched a series of racy billboard ads and TV spots, which feature the Gossip Girl characters in suggestive situations, with the abbreviation "OMFG" appearing in the ads. The ads are part of a marketing campaign launched in response to the negative criticism that the CW Gossip Girl television series has received for being too racy. Some of the ads are accompanied by headlines like "A Nasty Piece of Work" and "Mind-Blowingly Inappropriate," the latter was borrowed from comments made by the Parents Television Council. Link to: OMFG Gossip Girl 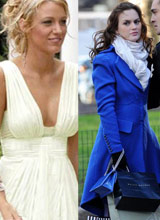 Browse Gossip Girl dresses, clothing and fashion accessories. They're the perfect items for fans of the TV show's troubled socialites. Whether you imagine yourself in a torrid relationship like Serena van der Woodsen (Blake Lively), or you want to be the Queen Bee like Blair Waldorf, a dress is a great way to celebrate all of the show's salacious drama. For a more casual choice, get the You Know You Love Me Gossip Girl t-shirt. Who knows, maybe someday you'll be living the lush life on Manhattan's Upper East Side. Until then, you'll have to experience it through new Gossip Girl episodes and tees. Link to: Gossip Girl Dresses and Clothing 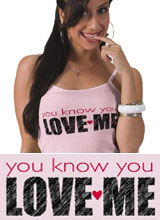 You Know You Love Me

Get this unique piece of Gossip Girl clothing that isn't afraid to state the obvious. The front reads, "You know you love me," displaying a small red heart between the words. Not only is this the Gossip Girl's signature sign-off in her blog, it's now one of the TV show's most popular catchphrases. Will we ever know the secret identity of the Upper East Side's most popular blogger? Is she a fellow socialite, or just a gossipmonger with an observing eye? No matter what, we are hooked and we can't wait for her next blog post. Link to: You Know You Love Me 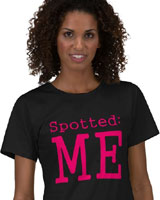 These Gossip Girl shirts let you be the one "spotted." In her blog, GG often uses the word "spotted" before summarizing something that she has observed. For example, GG uses the term when she blogs, "Spotted: Blair and Chuck reunited to defend Serena's honor. With friends like these who needs armies?" This is referring to the time on the CW Gossip Girl TV show when Blair and Chuck put aside their differences to defend Serena from Georgina Sparks. Link to: Spotted: Me Gossip Girl 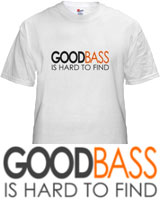 Wear this Chuck Bass tee and recite your favorite Blair Waldorf Gossip Girl quotes, like, "Damn that mother Chucker!" Blair delivers this line on the Gossip Girl TV show when she's speaking to Serena van der Woodsen. Now you can let everyone know that you're crazy about Chuck Bass like Blair Waldorf. Show your love for the bad boy in this Chuck Bass Gossip Girl t-shirt. Add it to your collection of GG clothing items, including tank tops, hoodie sweatshirts, and long sleeve jerseys. Link to: Gossip Girl Chuck Bass 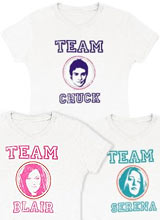 Choose your favorite source of gossip by wearing either the Team Chuck, Team Blair, or Team Serena GG t-shirt that each display a silhouette of the character from the Gossip Girl television show. Each attractive yet simple tee is a great way to express your adoration for your favorite group of teenage socialites. Bring the Upper East Side home with this unique piece of Gossip Girl clothing, and get the 411 on all the latest drama by tuning in to this week's Gossip Girl episode. Will Serena van der Woodsen and Dan Humphrey ever find true love together? Will Blair and Nate Archibald ever be truly over? Link to: Team Chuck, Team Blair, Team Serena 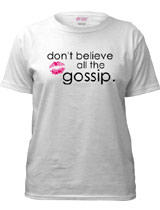 Don't Believe All the Gossip t-shirt

The front of this GG clothing item displays the quote, "Don't believe all the gossip," next to a pair of pink lips. The phrase sums up the recurring theme of the series. Whether you've been a fan since the pilot episode when the Gossip Girl (voiced by Kristen Bell) utters the quote, "And who am I? That's one secret I'll never tell. You know you love me. Xoxo," or you just discovered the TV show, these CW Gossip Girl shirts celebrate the secret scribe, who pens the juicy social blog that dishes on the scandalous lives of the wealthy socialites around her. Link to: Don't Believe All the Gossip