Alfred Hitchcock is a British born film director best known for his successful psychological thrillers. Often called The Master of Suspense, Hitchcock created new techniques to bring viewers into the action. This included his utilization of the MacGuffin, a plot device, usually an object, that drives the story forward but has little significance in and of itself. He is also frequently spotted doing cameos in his own productions. If his work sends chills through your body, peruse our gallery of gripping Alfred Hitchcock t-shirts and merchandise, including the Vertigo shirt, North by Northwest tee and Psycho t-shirts. Our frightening Alfred Hitchcock costumes like the Birds costume will have you screaming for your life in no time.
To buy a T-Shirt, click the image or link for store and size information. 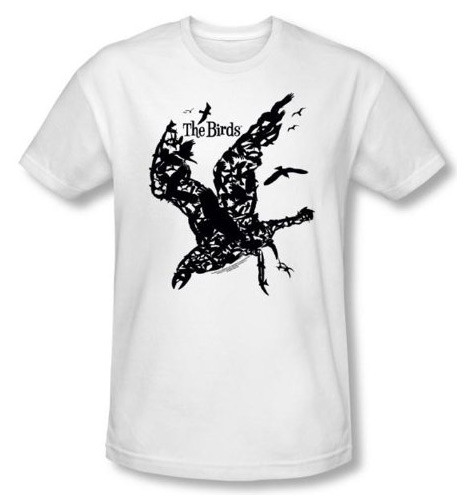 BUY
Birds t-shirt
Description: This official Alfred Hitchcock tee features one of his most famous films, The Birds, which was released in 1963. In it, the small coastal community of Bodega Bay is plagued with bird attacks after a woman named Melanie Daniels arrives in town to deliver two lovebirds to the Brenner household as a present. If this story is your favorite, like it is mine, then pair this Birds t-shirt with the Tippi Hedren costume below which is modeled after Miss Daniels' attire. Link to: Birds 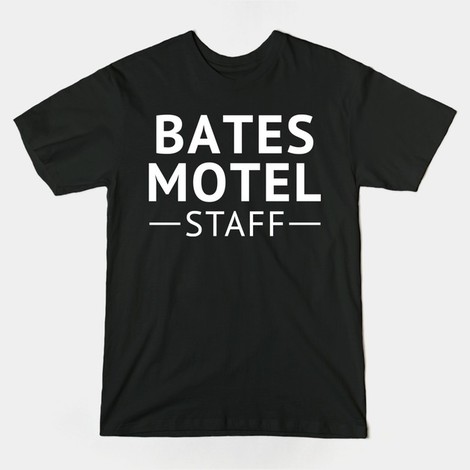 BUY
Bates Motel t-shirt
Description: Let everyone know that you're employed by the Bates Motel. In addition to your normal duties, you also do odd jobs like burning the guests clothes, dumping their cars in the lake, sharpening your boss's knives and cleaning what looks like blood stains off the shower curtains. Of course, there was also that time when your boss Norman asked you to buy him the nicest old lady's wig that you could find. This Bates Motel Staff shirt is a fun tribute to the cozy getaway where the guests always rest in peace. Link to: Bates Motel 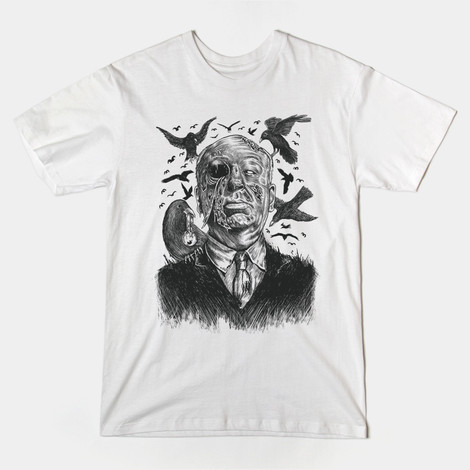 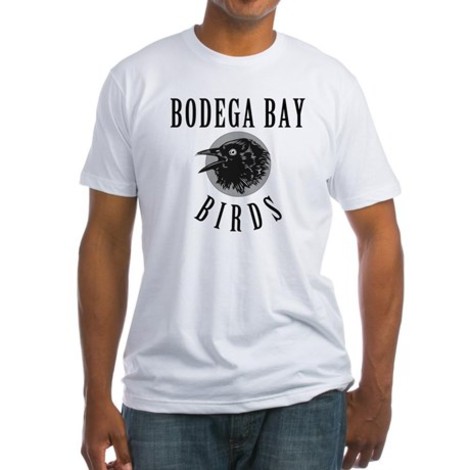 BUY
Bodega Bay Birds t-shirt
Description: This school team style design lets everyone know that you root for the Bodega Bay Birds. Like the vicious creatures in the Alfred Hitchcock Birds movie, members of the Bodega Bay Birds can be a bit relentless too, especially when it comes to winning. Wear this fun design as a tribute to one of Hitch's best films. Chirp like an angry bird to cheer on the would be team. Link to: Bodega Bay Birds 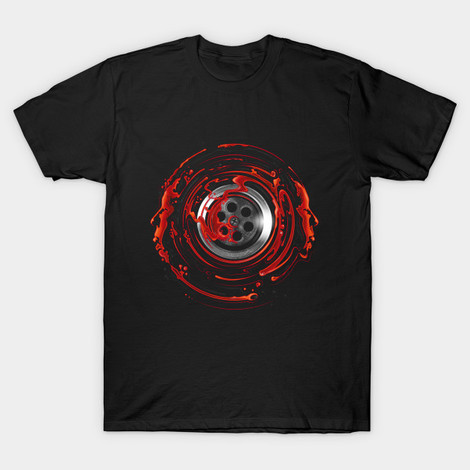 BUY
Psycho Drain t-shirt
Description: Aaaahhhhh! This Psycho t-shirt says it all. No one can forget the notorious shower scene from the 1960 movie Psycho. Janet Leigh's shrill screams pierced through our ears, while the look of fear in her eyes cut through our hearts. Both engrained themselves in our brains forever. It was a remarkable scene and arguably Hitch's best ever. If you love The Bates Motel and all it conjures up in your mind, make sure you also see the Psycho costume in our gallery. Link to: Psycho Drain 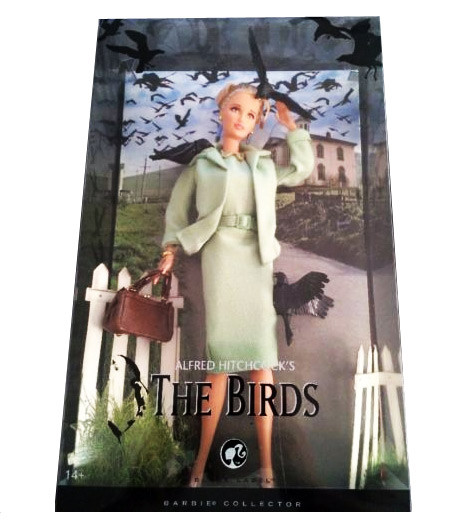 BUY
Tippi Hedren Birds Costume Barbie
Description: It doesn't matter if you live in Bodega Bay or not, this Tippi Hedren Birds costume Barbie will be admired by everyone you come across. Most people would agree that after watching The Birds movie, there is no way to look at birds the same way ever again. Hitch was a genius. If you would like to pay tribute to his work and want to create an Alfred Hitchcock costume theme for you and your significant other, then don't miss the Norman Bates Psycho mother costume in the gallery. The pairing would make a killer match! Link to: Tippi Hedren Birds Costume Barbie 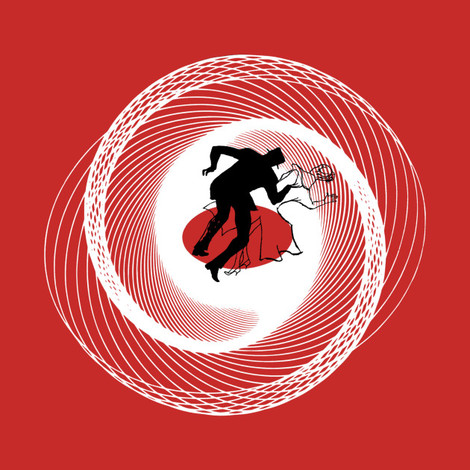 BUY
Vertigo t-shirt
Description: Hidden among all these fantastic Alfred Hitchcock shirts is this mind blowing Vertigo t-shirt. The movie was released in 1958 and stars actor Jimmy Stewart who is featured on the poster. It is available in a large selection of colors bound to suit your needs. If you haven't seen this Hitch hit yet, it will surely play on your fear of heights, even if you didn't know you had one. Wear it as you catch up on all of his classic thrillers. Link to: Vertigo 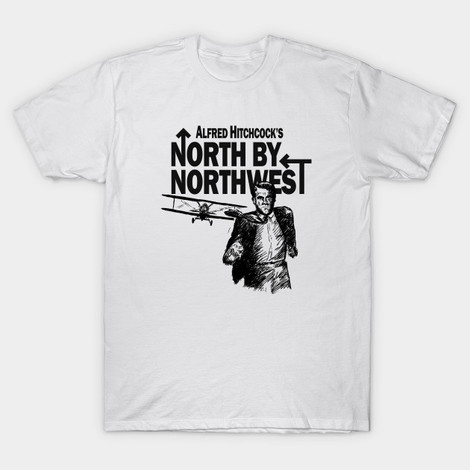 BUY
North by Northwest t-shirt
Description: The ultimate case of mistaken identity plays out in the renowned movie North by Northwest. The film, which was released in 1959, stars Cary Grant as Roger Thornhill and Eva Marie Saint as Eve Kendall. The characters are followed from a simple train ride all the way to the top of Mount Rushmore. One of the most familiar scenes is highlighted on this North by Northwest t-shirt with Grant running from a plane dive bombing him in the middle of nowhere. Learn more about Hitch's progressive projects and life of achievement by grabbing an Alfred Hitchcock book or similar biography. Link to: North by Northwest 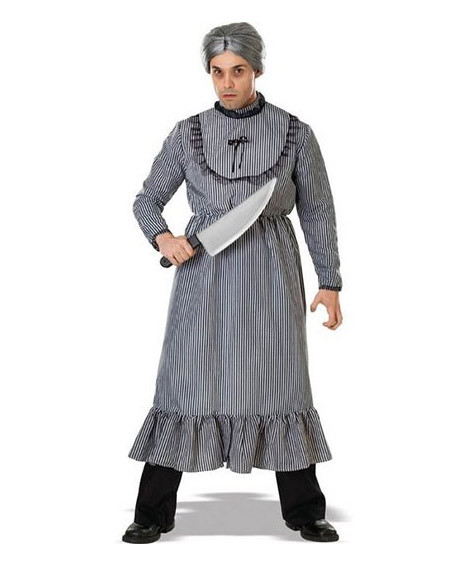 BUY
Psycho Costume Mother Outfit
Description: When Alfred Hitchcock tees just aren't enough, you can turn to our Psycho costume designed to resemble the one Norman Bates (Anthony Perkins) donned in the film. It can make anyone scream like Marion Crane (Janet Leigh). Consistently ranked among the top horror films of all time, this is a great pick. For another can't miss look, check out the Tippi Hedren costume from The Birds movie. Both are great Alfred Hitchcock costumes for handing out candy or dancing the night away at a costume party. Not only will fans adore them, they will also send some kids running for the hills. Link to: Psycho Costume Mother Outfit 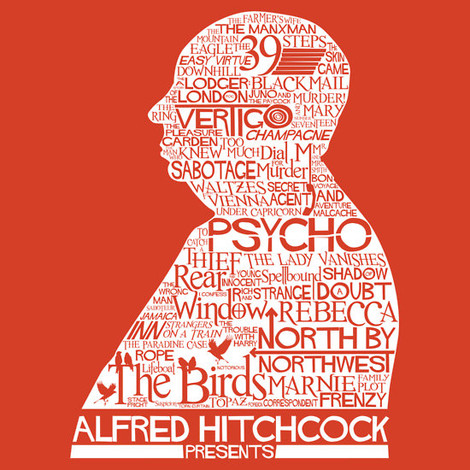 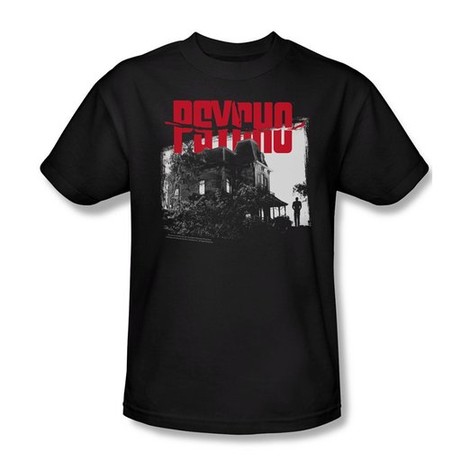 BUY
Psycho House t-shirt
Description: Like many of the other Alfred Hitchcock t-shirts we have presented to you, this Psycho t-shirt features a memorable image from the Master of Suspense. In this case, it's the movie's ominous house on the hill. If this is too frightening for you, feel free to step back to the basic Vertigo shirt or North by Northwest t-shirt. Since no one can resist a good scream, make sure that you also check out the Birds costume and Psycho mother outfit, perfect to pair with a Bates Motel sign. Link to: Psycho House